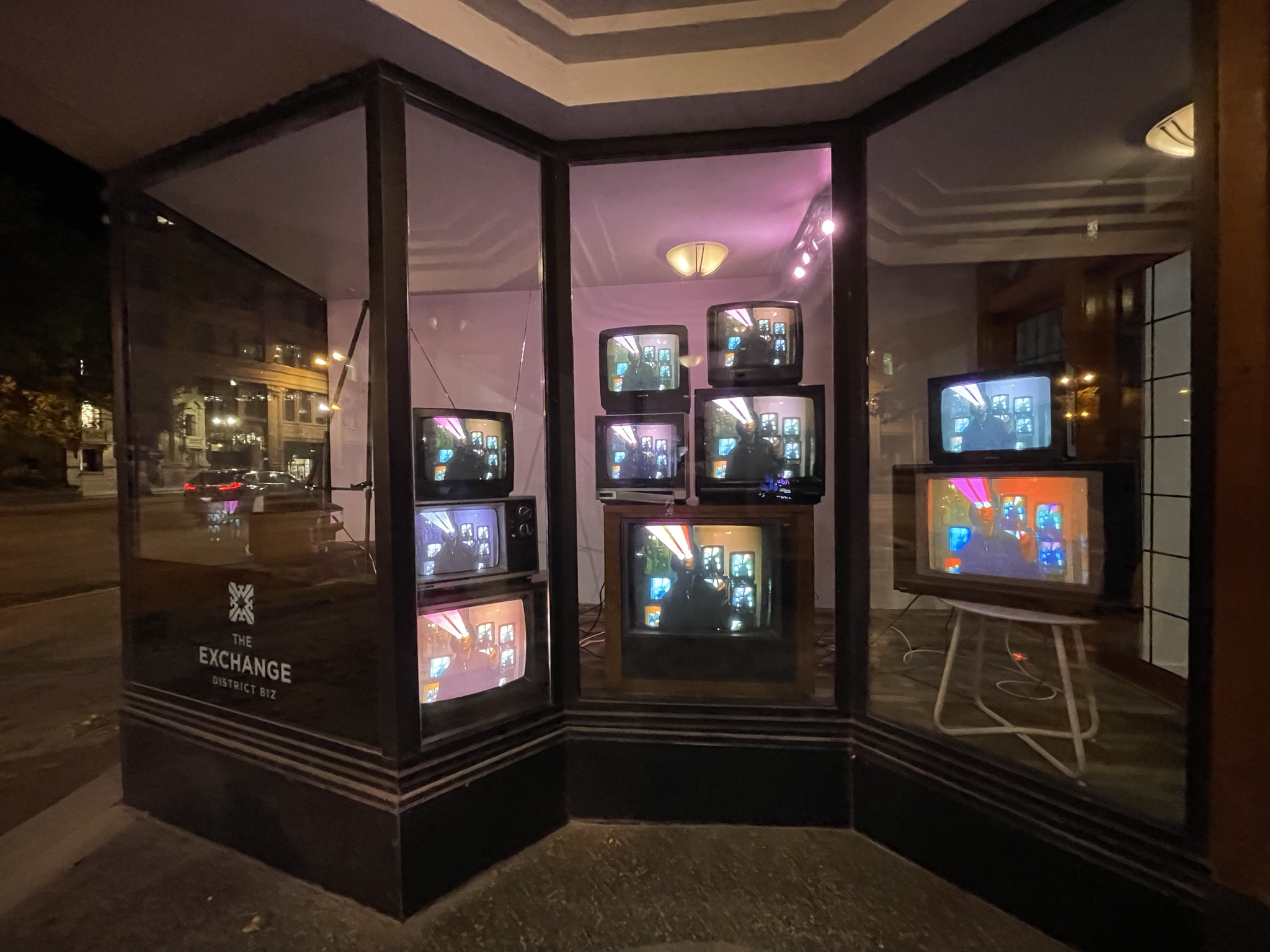 Joshua built an augmented reality software that allowed a user to conjure super powers by signalling gestures - an eyebrow raise would cause pink lasers to shoot out of one's eyes. A "rock on" hand sign 🤘🏻 would call lightning from the sky. An exposed palm, a fireball. A dropped jaw, a halo. Joshua then mounted over twenty vintage televisions inside the two glass displays at the Exchange District Biz and hid a camera and computer so that when a person would stand in the centre of these TVs, they would see themselves on all the screens at once, and be able to conjure their super powers.

All of the above was never explained to the audience - it was designed to remain mysterious and to reward the most curious. There were only "breadcrumbs" for the audience to find and which taught them how to conjure these super powers - a small TV in the corner with a Nintendo Entertainment System playing a copy of a game stuck at it's startup screen, and a poster that contained the following logline:

A talented angel battles with amnesia after falling from heaven into the heart of a small Canadian city.

Check out a behind the scenes journey of Luv Lite from start to finish.